Early last year, Cosmos launched the Cosmos Hub. At that time, we launched support for the Cosmos blockchain with a couple of features:

Since then, we have been listening to the community and are happy to present the latest new feature: Cosmos governance on imToken.

📲 Open the Cosmos wallet in your latest imToken app and click on "Voting" to view proposals.

🧐 The Voting DApp also shows historical votes and additional information. Or go to mintscan.io to view more details on each particular vote.

We open sourced the tool: https://github.com/consenlabs/cosmos-staking-dapp .

In Cosmos, anyone can submit a proposal. After submitting the proposal, the community follows a strict governance process to decide on whether an idea will be implemented or rejected. 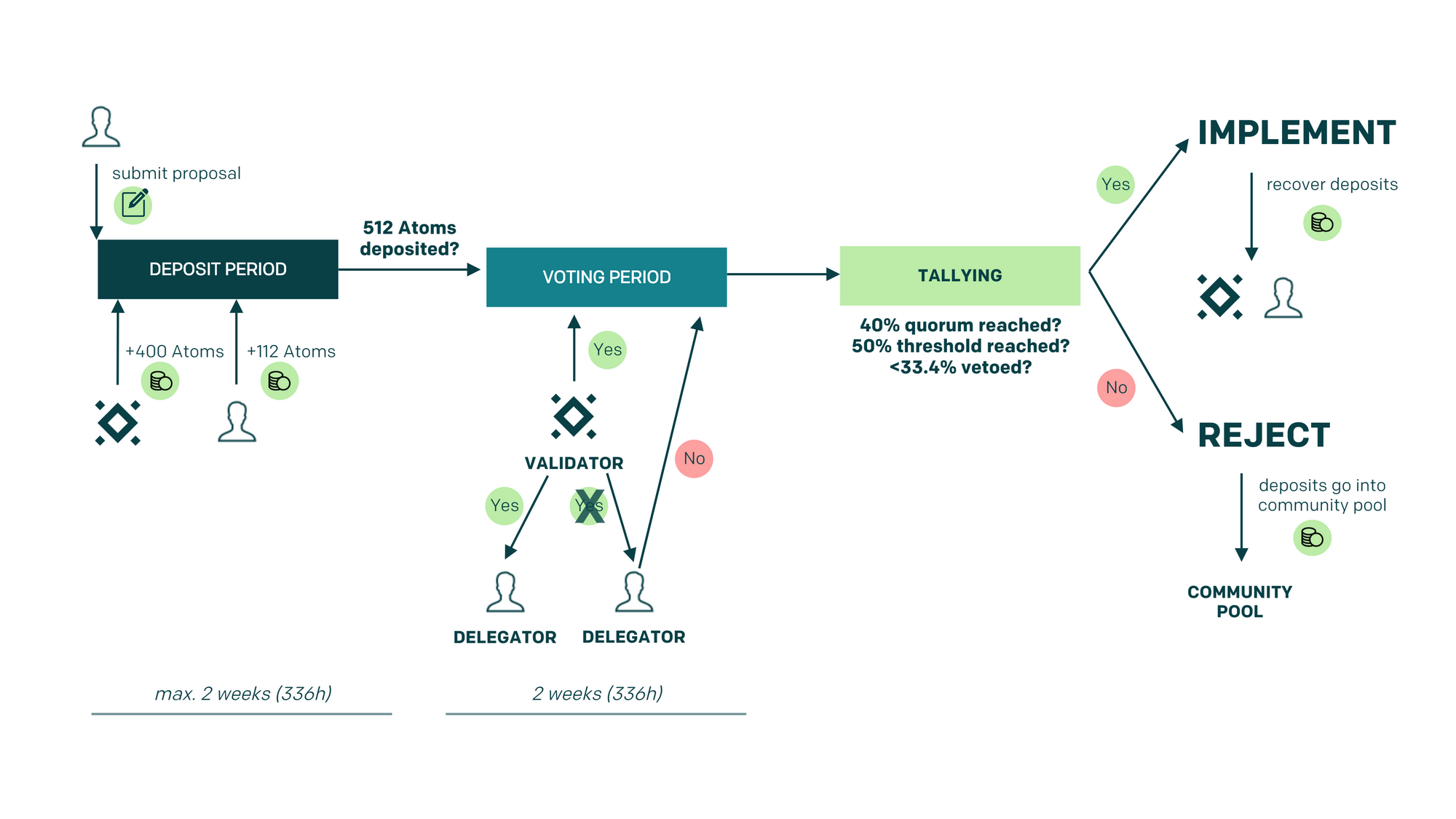 After the initial idea is set, a proposal needs to be funded with a total of 512 Atom that needs to be deposited within 2 weeks to discourage spamming.

After the minimum deposit is reached the proposal enters phase 2 when the actual voting begins.

All holders of staked coins are now able to vote for 2 weeks (336h) with "Yes", "No", "No with Veto", "Abstain". Note that as a Cosmos delegator, your validator can vote for you, but you can always overwrite your validator’s vote.

Only if all 3 conditions are met, will the proposal be accepted. If not, the deposit associated with the denied proposal will not be refunded and instead be awarded to the community pool.

Finally, after an accepted vote, the changes will be implemented.

With the new feature, imToken now supports everything you need for Cosmos: