Aurora is an EVM built on the NEAR protocol and uses ETH as the base fee token. It’s dedicated to providing developers with a high-throughput, scalable and secure network that is compatible with Ethererum and allows users to enjoy a low-cost transaction experience.

Aurora runs on the NEAR protocol and takes advantage of its many unique technologies, such as the Nightshade protocol.

Aurora is a Layer 2 scaling solution for the NEAR protocol and consists of two core components: the Aurora Engine and the Rainbow Bridge.

Transactions on the Aurora network actually consume Gas on NEAR. To make it easier for users to pay miners directly with ETH, however, Aurora wraps TX into NEAR TX, sends them to the NEAR prpotocol to calculate the corresponding NEAR gas usage onward, and returns the result to the Aurora Engine to calculate the equivalent amount of ETH Gas.

Enter the asset page of the ETH wallet, click “Ethereum” at the top and click “Aurora” to switch to the Aurora wallet for transferring and receiving money, and exploring its ecosystem. 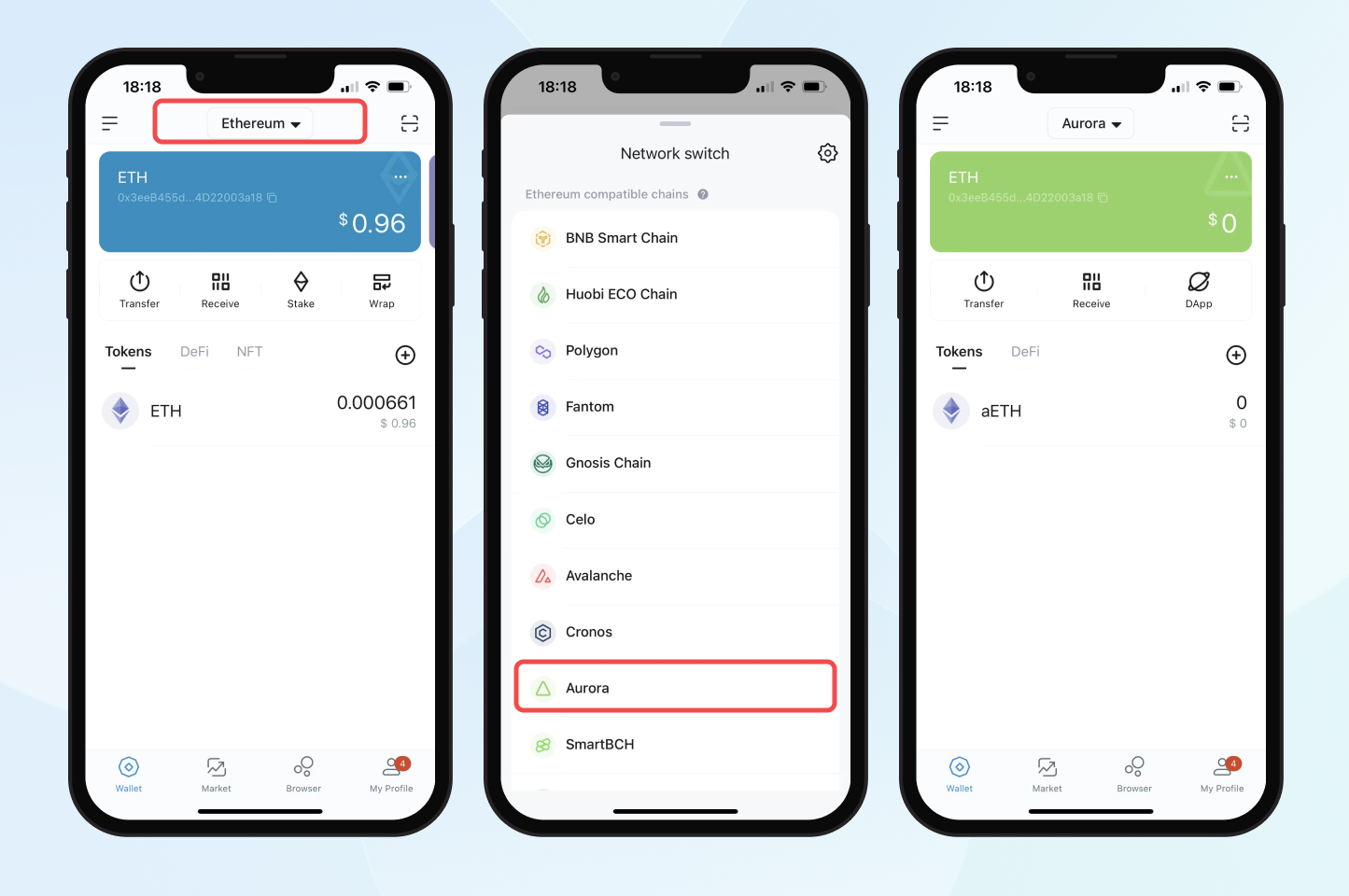 Learn more: How to use Aurora wallet with imToken?

Aurora was originally created by the core NEAR team, but as the business grew, Alex Shevchenko, former NEAR product manager (and now Aurora CEO), led some of the team members to spin off from NEAR in July 2021 to operate as a separate entity and launch Aurora Labs to build Aurora.

Aurora Labs' vision is to improve the technology of NEAR and the Ethereum ecosystem through the Aurora protocol to help make the blockchain more accessible to the masses.

Aurora block explorer is an open source web tool that stays synchronous with the Aurora network and allows you to view information about blocks, transactions, addresses on Aurora.