A complete guide to Polygon

How Does Polygon Work

The architecture of the Polygon PoS chain can be roughly divided into three layers: Ethereum, Heimdall, and Bor.

How to Use Polygon on imToken

Let’s take imToken as an example. First, download and install imToken, then create/import the wallet.

Click "Ethereum“ at the top and select "Polygon" on the pop-up page to switch to Polygon wallet for transferring, receiving, and trying out the DApp. 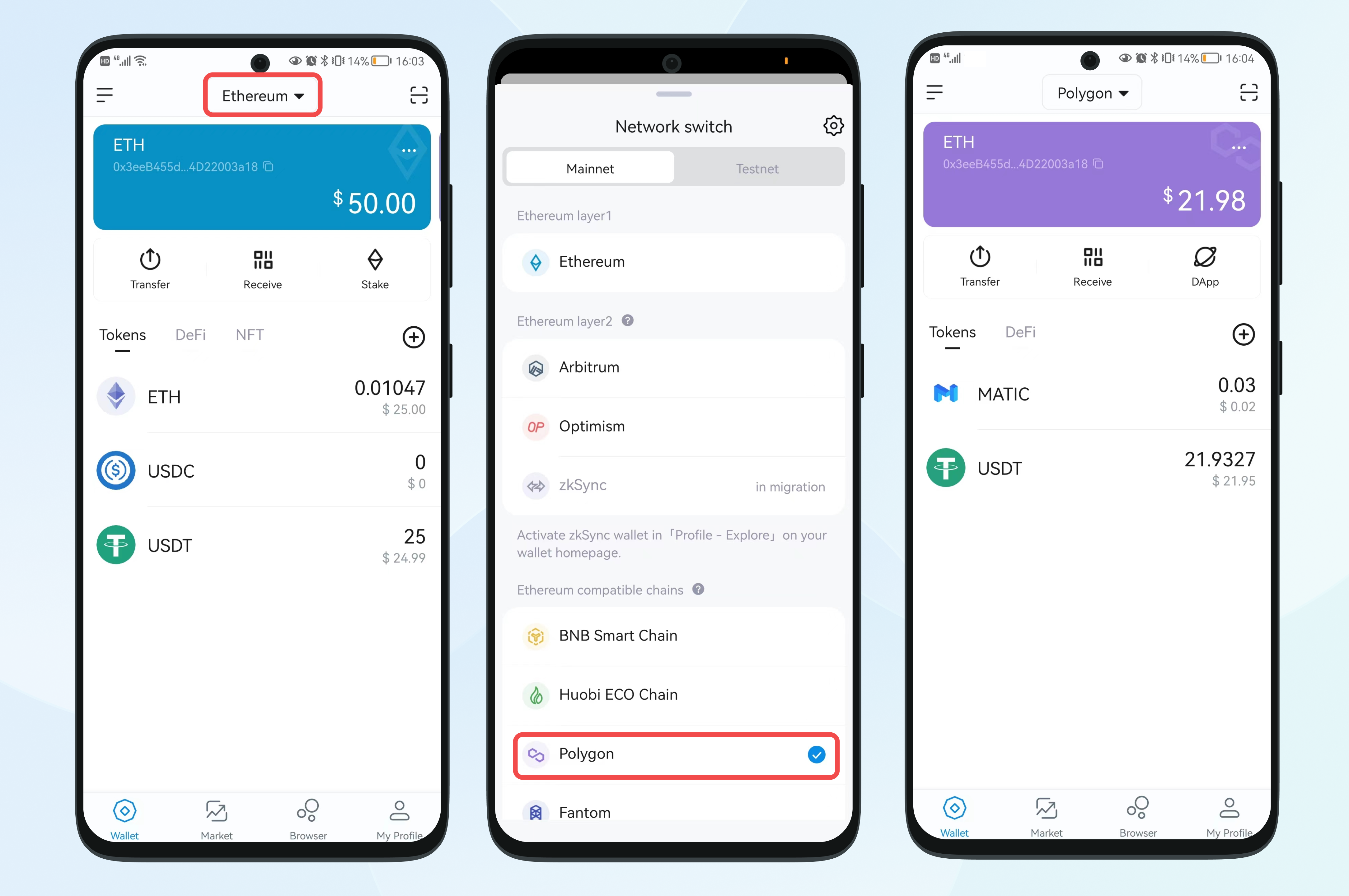 Learn about: How to use Polygon (Matic) with imToken?

Jaynti Kanani is the co-founder and CEO of Polygon. In 2017, he observed there is congestion of the Ethereum network caused by the CryptoKitty game, which gave birth to the development of ​​an extensible solution.

EVM is the abbreviation of Ethereum Virtual Machine. EVM is to Ethereum like what CPU is to the computer. EVM allows code to be verified and executed on the blockchain, providing assurance that code will run the same way on every device.

EVM compatibility refers to creating an EVM code execution environment that facilitates Ethereum developers to migrate smart contracts to compatible chains without having to write smart contract code from scratch.

Polygon blockchain explorer is a website to update all node information of Polygon in real-time.